How I Manage My Files

Enjoy this deep dive into how I manage my files.

Settling on a Directory Name

For a while, as silly as it sounds, I couldn’t settle on a name for a directory to store all of my files. The reason it mattered to me was that I don’t tend to use the default “Documents, Music, Pictures” paradigm that most operating systems provide you with. Having just a single, parent directory means I can ignore other directories and store all of my digital “stuff” in a directory that can be copied, backed up, and synced easily - without the need to specify a list of folders and filea to ignore within a messy ~ (home) directory.

Structure matters to me in much of my life, so this is the sort of thing that I like to think about. I’m not the sort of person that can live with a desktop full of overlapping icons. In my IT Support days I always remember being surprised by how many unorganised file organisation “schemes” I came across from individual users. Chaos was the default!

Eventually I settled on a directory name of my (for my files) with an awareness that it’s not all that different to the classic Windows-ism “My Documents” and it’s certainly a name that didn’t really warrant all the thought I put into it! The my directory stores more than just documents though, it stores everything digital that is of any importance to me.

Below my I have another directory called files. Although I must say that’s probably a wee bit redundant (mind you I originally had it “sat” alongside an archive directory, so there was some logic behind it).

There’s no special structure underneath each core directory apart from in the media directory, as detailed in a moment.

Everything resides on my primary home server host-01 which is a 4th Gen Intel i5 HP EliteDesk PC that I was allowed to take home from one of my previous jobs.

In terms of storage I have two main disks.

These drives are mounted into the below directories on host-01.

In the grand scheme of things, I’m not storing all that much data, and I’m certainly no data hoarder (yet)… As of writing I’m storing a pretty manageable 111 GB. Unsurprisingly (to me at least) 94 GB of that is in the media directory with 72 GB of that being my photos directory - the vast majority of which have been taken in the last 2 years since having our first kid!

Here’s a breakdown of the storage across the core directories (in GB).

my is currently backed up to three places, using the 3-2-1 rule, detailed here.

I reguarly test my backups by checking I can still restore from them as well, which is really easy to do with Borg. This is important because as Shrodingers Backup states:

The condition of any backup is unknown until a restore is attempted.

I run Samba directly on host-01 which serves up the my folder on my LAN. It’s particularly handy to have a way to quickly access my files (with smb://…), especially when I’m initially setting up a device after a rebuild (which I do fairly often).

I run Fedora on my laptop, and generally do everything on it. Having kids it’s super handy not being chained to my desktop PC. Gone are the days when I could spend hours at the weekend shut away in my office tinkering! Although that urge hasn’t gone, so a laptop is great - and it allows me to still be present with my family, but also do all the other computer stuff I’m passionate about too. In my case, my laptop really is an extension of, well, my lap - thankfully I have a wife who supports all my “techy” stuff as she puts it.

So, on my laptop I need to have reliable access to my, and over the years I have tried a few different tools.

Syncthing is an open source syncing tool which I’ve tried to use a lot of over the last few years. It’s an often recommended tool for use cases like mine, but unfortunately I’ve never got on with it. Everytime I have used it I have ran into problems. For me, it’s initial sync is dial-up slow even when I verify it’s all happening on my LAN and not over a relay. It obviously works for lots of people, and I know that some people are syncing hundreds of gigabytes with it, but alas, I’ve never gotten it to work well and every time I try it just frustrates me.

One of the other things I have tried is to cut out the “middle-man” and do away with syncing completely by mounting my as served up by Samba. This was very much my ideal solution, especially on my LAN, because I didn’t generally notice any lag in file operations (read, write etc) which is important. However, I did notice a number of things that eventually became enough of a frustration that I abandoned the mount solution.

So, mounting my wasn’t a solution in the end either. I was and still am surprised as how, at least in my experience, syncing local files is actually harder than you’d imagine - at least in comparison to downloading a client for Google Drive or OneDrive on Windows.

I lived with the mount solution for a long time, before starting to think about a more manual solution. I remember hearing in an interview on Linux Unplugged how the interviewee used rsync for manually syncing his files and just triggered it when he wanted to.

I’ve used rsync before, not for anything overly complex, but quickly found out that it wouldn’t work the way I wanted it, as the Unison project puts it:

Rsync is a mirroring tool; Unison is a synchronizer. That is, rsync needs to be told “this replica contains the true versions of all the files; please make the other replica look exactly the same.” Unison is capable of recognizing updates in both replicas and deciding which way they should be propagated.

I discovered that “quote” after I knew anything about Unison though, so eventually worked this out myself when rsync wasn’t doing what I was expecting it to!

I run Unison in a Docker container I’ve built, that runs via cron every 5 minutes. I can specify exactly what I want to sync in my Unison profile file, which you can see an example of below. On my laptop that’s generally everything in my apart from some particular problem files (files that are often in use etc) or files that get built on demand (Hugo static sites etc).

If I want to manually run it (and I often do), perhaps because I need a change on another device asap (like my phone) I have an alias set in .bashrc to run the same Docker command I am running at 15 minute intervals via cron. That means I can just type my-sync into my terminal and include any extra parameters for Unison I want (--batch) and the container will spin up and sync on-demand.

I’ve tried just about all of the solutions above on Android too with varying levels of success. I can always connect to my VPN to grab a file if I need to, but I want to sync some of what is in my regardless, especially in case of no connection at all.

As mentioned a bit earlier, on my laptop I originally tried Syncthing, and when I did that I had it syncing between host-01, my laptop and my Android phone.

Regardless of my thoughts on Syncthing, the beauty of Syncthing on Android is how well it integrates with the filesystem. You simply create and link a folder or folders in the phones “home” (/sdcard) directory. So unlike as can happen with some apps, your files are synced to the device as proper files, in proper directories and aren’t hidden away under some obscure path. You can have everything at /sdcard/my sitting alongside Android’s default directories (Download, Music, Pictures etc), so it’s very easy to use your files just as you do on a laptop.

One of the things I didn’t mention earlier as to why I abandoned Syncthing was that syncs were mostly instant. (I can’t remember if you can turn that functionality off or not?) Regardless, if Syncthing detected a change it would sync it - right away. In theory, that’s nice functionality to have, but in practice I found it to be overkill for my use-case and unnecessary. I just don’t need instant sync. In fact I actively don’t want it, and sometimes even want to be able to temporarily deactivate all syncs, so I can extend my battery life.

The solution to these issues came in the form of an excellent app called FolderSync Pro. The great thing about it, is you can download the APK from the developer (Tacit Systems) directly and there is no dependency on having Google Play Services installed. It’s absolutely rock solid, and I’ve used it for over 2 years now with literally no issues. I sync every hour and it usually uses around 1 to 1.5%.

So, in summary, that’s about it, I hope you’ve enjoyed reading. 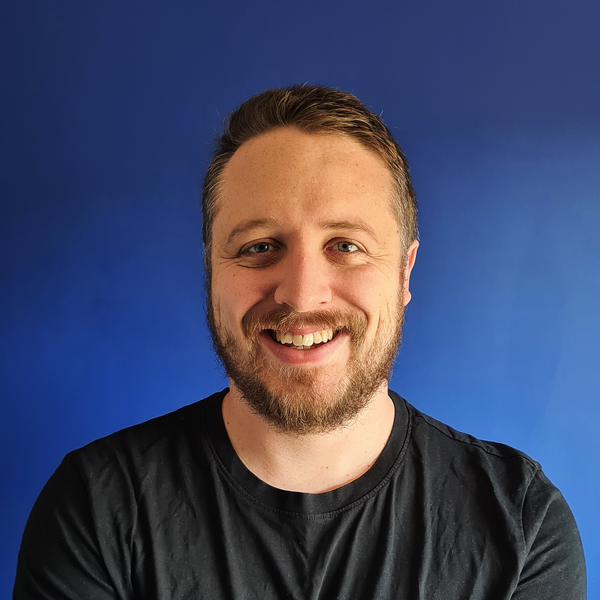